SpaceX’s Satellite is experiencing a spike in reports from users with internet service being interrupted. As the Starlink beta program extends into warmer climates, some users are experiencing overheating issues. This has occurred most recently in Arizona. One SpaceX engineer worries that the company may need a better heat management system.

Space Exploration Technologies Corporation or SpaceX is an American aerospace company with the goal of eventually colonizing Mars. Starlink is an ancillary endeavor and involves establishing a satellite mega constellation. It will provide public broadband internet throughout the world. The goal is to offer broadband internet service anywhere it is unavailable.

While there was a great deal of skepticism concerning Starlink initially, one recent success after another has changed public perception. It has also helped that many people in the beta program have been singing its praises through social media.

The launching of the satellites has gone better than expected, at least from a public perception. After getting preapproval from the FCC to launch more satellites and at a lower orbit. SpaceX announced that it intended to offer Starlink publicly by the end of 2021

This is exciting news for people who lack a broadband option or have access to a service. It provides the bare minimum to be considere broadband by the FCC, such as HughesNet. Starlink guarantees a 100 Mbps download speed and a 20 Mbps upload speed and often exceeds them. The cost of the initial equipment is approximately $500, and then, Starlink costs about $100 each month.

While the beta program has been a smash success by almost any measure, it has not been without its issues. Overheating has been a problem for some users. In a scripted response, Starlink customer service informs its customers that the Starlink equipment is design to operate within a -22 to Fahrenheit range. If the internal temperature goes outside of that range.

The equipment will shut itself down and not restart until the internal temperature reaches at least -31 or +104 Fahrenheit. In recent days, many areas of the country have been reaching record-breaking temperatures. But the overheating issues have not just been limit to the extremes. One central Virginia user noted that his/her equipment has been shutting down in the 80s. Perhaps that is just an individual equipment issue.

Unclear How Widespread the Problem Is

It is not yet clear how widespread the problem is. SpaceX has not publicly mentioned the issue. The only reason there is the semblance of a widespread problem is that there are multiple users from around the country discussing their issues on platforms such as Reddit. It is, however, telling that a SpaceX engineer talked anonymously with a news outlet and confirmed his opinion that Starlink will require a better heat management system for the units that the company has dubbed Dishy McFlatface.

Dishy McFlatface contains computer components. Heat is being absorb by the dish and distribute to the backplate. The problem is that high external temperatures are making it impossible for the heat to dissipate at a fast enough rate, hence the shutdown. There are at least three options that SpaceX is likely considering. It could be possible to expand the operating temperatures of the components. They could enhance the heat dissipation design, or they may be able to reduce the operating power required. Better heat dissipation is likely to be the most cost-effective option.

Garmin has released a new smartwatch with real-time heart rate monitoring that it says can help improve your health. The device, which is called the ECG smartwatch, uses an ECG sensor to measure hear
Read More 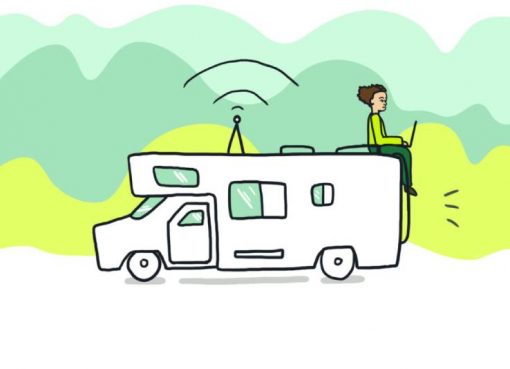 Even when you're in your RV, you might need internet service to stay in touch with family and friends or to look up information that is need, such as directions or details about an attraction. With t
Read More What do You Need To Know About 5G Networks?

5G networks are the latest and greatest iteration of cellular technology, and they're poised to revolutionize how we use the internet. In this article, we'll take a look at three 5G networking and cy
Read More
Latest Covid-19 Count